Experienced drivers know that driving a car on public roads is like a video game where something is always coming your way. All drivers should be aware that they will encounter various obstacles on a regular basis.

Knowing how to behave in such situations when you encounter various objects on the road, you will know how to behave to reduce the risk of being involved in a car accident. Below we will list some common obstacles and tips on how to avoid them.

Flying objects are common objects that can appear on national roads, or highways when cars travel at high speeds. It is not at all pleasant when you are driving quietly and you notice that a certain object is heading towards the windshield of your car. Whether it is a garbage bag, a twig, a bag or even a bird, these objects are a cause of panic for drivers.

When driving at high speed, even something as harmless as a bag can become dangerous when this will stick to the windshield. It is best to stay calm, quickly evaluate the traffic around you and then try to avoid the object or remove it if it has already made contact with the windshield.

If such a flying object sits on the road in front of your car, try not to drive over it, but to avoid it. If something hits the car so badly that some damage may occur, pull on the right side of the emergency lane as soon as possible if you are on the freeway.

Avoiding slow cars on the road

Another category of obstacles that may occur on the road is slow vehicles. A slow vehicle is the one that by construction can only run at a very low speed. While these vehicles are prohibited from accessing highways, we can still meet them on national or county roads. Some examples of such vehicles include tractors or other agricultural vehicles, or other vehicles used for road construction and maintenance, horse-drawn carriages or small electric passenger vehicles.

In general, these slow vehicles must be signaled by reflective signs to warn drivers that they are moving at low speeds. If such a vehicle appears in front of you, make sure you keep a safe distance, especially if this vehicle is towed by animals. At the same time, you can make sure that nothing is approaching in the opposite direction, so you can pass the slow vehicle.

Avoiding pedestrians on the road

Pedestrians are the most important obstacle to avoid. Always make sure you pay close attention to pedestrians at all times, not just crosswalks. Many pedestrians cross the road through places that are not allowed and you as drivers must be very careful.

Avoid animals in the road

Especially in suburban areas or on neighborhood streets, dogs and cats, most often, can be obstacles for drivers. Even though they should not be a danger, it is important to avoid hitting them, and there are some measures that can be taken to this end. First of all, it is important to reduce speed in such areas. If you happen to hit such a pet, it is important to stop and try to get in touch with its owner.

The number of drivers who hit rabbits, wild boars or deer on roads that cross portions of the forest is increasing every year. That is why in such areas you must drive very carefully and be ready to brake at the right time. Wild animals can appear on the road from nowhere and may surprise you.

Every time you drive a car, think about the possibility of encountering various obstacles that can pose a threat. These can appear in your path at any time and you must be prepared to avoid them. Concentration on the road and observing the speed limit can prevent any contact between your car and such obstacles as those described above.

Are speed bumps useful on the road?

Although it is confirmed by road safety experts that speed bumps can save lives because their purpose is to warn drivers that it is time to slow down, many consider them a problem and a real danger. If you see such bumps on the road, you need to slow down considerably before crossing over, to prevent causing damage to your personal car. 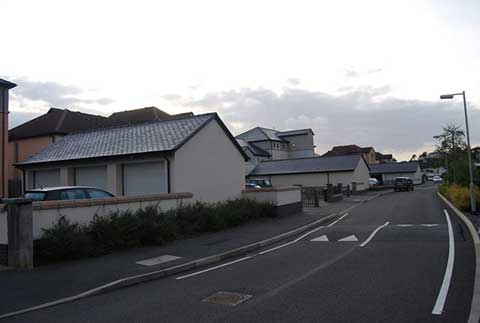