Driving for a long distance on a long journey can be tiring as you keep pressing the accelerator pedal. The cruise control is a system that helps drivers to get less fatigue when driving for long distances by regulating the engine to maintain your car driving at a set speed.

Pressing a cruise control switch activates it, taking over your accelerator to maintain the speed you choose. This means you won’t have to keep pressing the accelerator, giving you rest when cruising for long trips. Advanced adaptive cruise control uses front sensors to detect cars ahead and maintain a safe distance. Here is a look at the possible causes and solutions of Subaru cruise control light blinking.

The cruise control system can also have problems. The issue is very common in Subaru cars and most drivers most often reported a blinking cruise control light on the car’s dashboard.

Why a Flashing Cruise Control Light Comes In Subaru Cars?

A flashing cruise control light in Subaru cars could indicate various mechanical issues with the vehicle, such as damage to the engine because of misfires, a loose gas cap, or a faulty speed sensor.

There are various potential causes of cruise control lights blinking in Subaru cars. Some of the common causes include:

Try to replace the fuse to see if it solves the problem, and the cruise control lighting stops blinking. However, if the fuse blows again, there is probably a more complicated electrical issue that you will require to consult a professional mechanic.

Is It Safe To Drive With Cruise Control Light Flashing?

When your cruise control light starts to flash, but everything else is working perfectly, it is safe to continue driving your vehicle as long as you don’t activate the cruise system. When a fault is detected, it primarily affects the cruise control system only. However, some defects can sometimes cause problems with other vehicle driving systems.

For instance, a falling brake switch will not light up the brake lights when you press the brake pedal to alert those driving behind you, which increases the probability of collision. It is always recommended to take the car for a check-up to fix any problems and avoid risk.

If your cruise control light is flashing, it indicates a possible problem with your car. If the cruise control is not functioning correctly, you should avoid activating it until it gets repaired. You can try to fix the possible issue yourself, but the best and easiest solution is visiting the Subaru dealership service center near you for most amateurs. 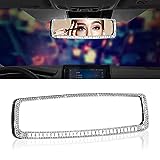