Most modern cars have two kinds of belts, these are drive belts and timing belts. While these two belts have the same nature and makeup, they are pretty different in terms of location, material, and functionality. Older vehicles used to have timing chains, but the modern ones do not, instead, manufacturers installed a timing belt.

A timing belt makes sure that the engine’s pistons, valves, and crankshaft, and camshaft are in time or operating in sync. On the other hand, the drive belt is responsible for using the engine’s revolutions to drive the belt-driven accessories like the alternator, water pump, AC compressor, and power steering pump.

Differences between a timing belt and drive belt

Physically, a timing belt has deep and harder teeth than serpentine belts. Moreover, most timing belts are stronger and thicker than the drive belts.

Functionally, it powers the car’s water pump, ac, and alternator, while the timing belt, on the other hand, keeps the engine’s internal parts synchronized.

Its location in the engine

The drive belt is located outside the engine, while the timing belt is housed in a shield for protection.

A timing belt is expensive than a drive belt. And on replacing, a timing belt will cost more and might require the services of a mechanic.

What happens if the belts break

What is the role of the drive belt?

A drive belt is an engine part that is used for driving a car’s fundamental parts, also known in the automotive industry as accessories. These belts are located outside in a conventional engine and are mostly made of rubber. Just as its name suggests, this belt is single and continuous, propelled by multiple lifters and powered by the engine’s crankshaft. The belt also runs through lounger pulleys to prevent slippage.

A drive belt’s function is to power a vehicle’s essential parts. These parts include the air conditioning, the alternator, water pump, and even the fan for some car models.

How long do drive belts last?

As per the car manufacturers, a drive belt can thrive for more than 80.000 kilometers or 50.000 miles, maybe even more. However, this longevity can vary depending on factors like driving conditions. Sometimes, it can even fail prematurely. In general terms, the drive belt lifespan is somehow similar to the timing belt

Faulty driving belt symptoms. When it should be changed?

You will note that a faulty drive belt, also known as the serpentine belt, has loud sounds originating from the engine bay. In worse situations, the car will experience overheating, air conditioning loss, and electrical power loss. Additionally, a faulty drive belt will have missing chunks and cracks on its rubber surface. Other symptoms include:

Drive belts need to be replaced after some time of service, and this interval can vary from manufacturer to manufacturer. Under typical conditions, a serpentine belt should last for about 60.000 km to 100.000 km or 37.000 – 62.000 miles. However, some belts can be manually tensioned and need modifications.

Therefore the interval of replacement can vary greatly. While you might need to replace the drive belt in the interval mentioned above, it is essential to check with your vehicle owner’s manual for a specifically recommended replacement time frame, but also you can inspect the belt from time to time and pay close attention to the sounds that it makes when the replacement time comes.

The cost for replacing a drive belt varies depending on where you buy and replace the belt. If you go for a local commercial store, you are likely to spend less, depending on the car model and brand. However, if you go for services in a dealership repair department, expect the cost to be a bit high, but it is worth it in most cases.

What happens if the drive belt break

If your car’s drive belt breaks, wears out, becomes damaged or contaminated, the engine accessories will not be able to work at a required speed or not at all resulting in decreased power to the electrical system. It can also lead to sudden loss of power assist of the steering system and will cause the car to simply stall.

A broken drive belt does not cause much damage, except the fact that you will not be able to move the car until you replace the drive belt kit or tow the car. On the other hand, a broken timing belt can have serious consequences to the engine, leading even to the need of replacing the engine.

What is the role of the timing belt?

A timing belt is a long and continuous rubber that connects the crankshaft and camshaft to synchronize their rotation. The belt comes with hard teeth for smooth synchronization, interlocking the camshaft and crankshaft’s cogs. Contrary to the drive belt, a timing belt is located inside the engine compartment.

The timing belt directs both the crankshaft and camshaft movements to ensure exhaust gas flow, the introduction of the file, and the spark happen simultaneously.

How long do timing belts last?

Most timing belts can last between one 100.000 km to 170.000 km or 62.000 miles to 105.000 miles, equivalent to seven to ten years. However, this time can vary depending on the driving condition, among other factors. This is a slight advantage compared to a drive belt that will need to be changed a little bit earlier

Faulty timing belt. When it needs to be changed?

If a timing belt becomes faulty, the engine might not run smoothly. It will either lead to misfiring, loss of oil pressure, and rough idling. In some worse cases, a faulty timing belt will lead to broken valves or pistons, and this means a damaged engine.

A timing belt should be replaced at the interval of between 60 000 to 100 000 miles. However, since every manufacturer is different, be sure to check with our car owners’ manual.

Both the timing and drive belts are important components of a car’s engine. With any of the belts broken, your car won’t start. If your timing belt is broken, forcing an engine to run might lead to damage to the engine’s internal parts, and these parts are hard to fix. The two components are vital for an engine’s functioning and should be maintained regularly. For instance, if a timing belt fails, the vehicle will shut down and cause damage to pistons and valves.

A drive belt is also essential in ensuring the maintenance of the mechanism at the required standards. Without proper maintenance, it will lead to overheating, vehicle battery failing to recharge and failure of air conditioning to work. In addition, the danger of gravity for a defaulted timing belt is often more significant than a broken drive belt. 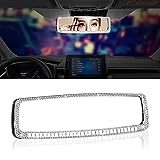